All about Hector Adalid

Born in Mexico City, Mexico in 1974, Hector Adalid, was always fascinated by the nature, authentic people and their history.
As an anthropology major, he has many areas of interest beside his profession as a photographer. Hector continues to return to his home country to document different subjects, such as street gangs and Native American groups in the northern mountains of Mexico. The latter work is part of the permanent collection of the National Anthropology and History Museum of Mexico City.

Hector Adalid developed his passion for photography and art while living in Amsterdam for two years. From Europe, he moved to New York City where he assisted famous photographers.
His own work has been published in a number of magazines in Europe, USA and Latin America such as Celeste, Elle Germany, L’Optimum etc..

Hector has always been fascinated by abstract macro photo art developed from natural compositions and structures. When Hector met Stefano Sanna, the pioneer of “Metacycling Art” in New York City he was inspired by the idea to combine this new art concept with high level art photography.

After the first experimental processes Hector worked together with Stefano in Sardinia, the paradise island in the Mediterranean Sea. Here they collaborated on new creative art objects which have been presented for the first time at the art fair in Zurich/Switzerland. 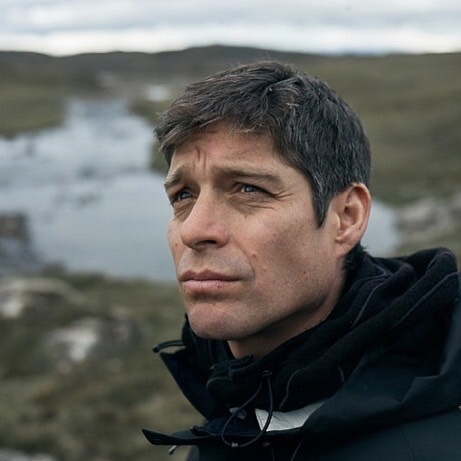 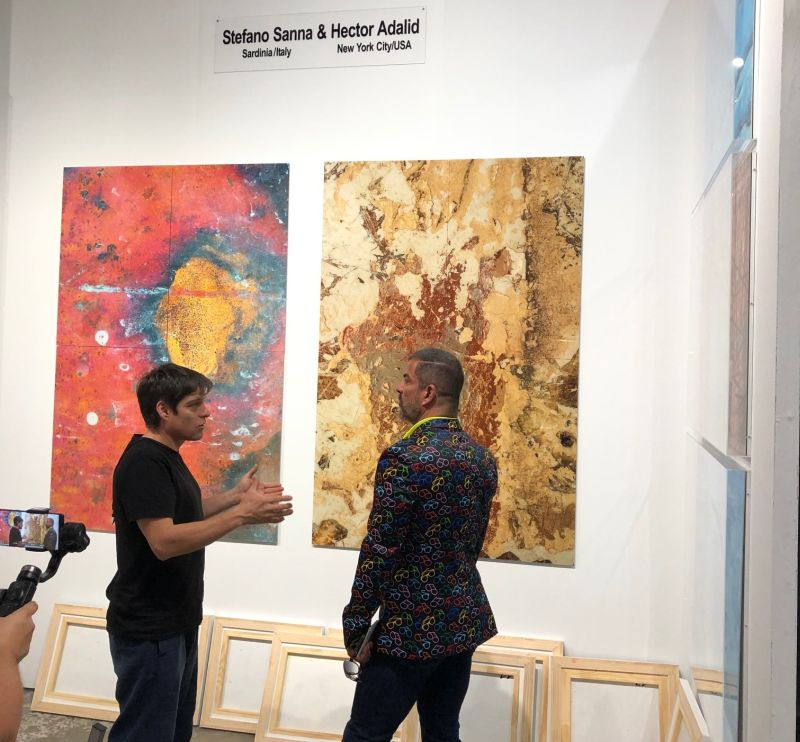 The ideas for the Photo Art objects are developed in the collaboration between the artists Stefano Sanna, Sardinia/Italy, and Hector Adalid, New York City/USA and the curators in the Sasa Art Team (Sanna/Adalid) team.

The original parts that Stefano processes into the Metacycling Art objects can be found on beaches or in scrap yards. For example, planks of old fishing boats can be up to 100 years old and can be painted with 4-5 layers of paint. Stefano often recognizes before further creative processing which colors and structures are suitable for the photo art processes. Interesting structures of metacycling type objects in weathered wood or rusted metal parts are identified and reflected with Hector before the regular photo sessions.

Before the Metacycling Photo Art is created, extensive test recordings are taken at different stages and with different excerpts of the later art objects. At the end of the experimental phase, the final recording project is assembled from up to 100 individual motifs and the production process is scheduled.

The images are implemented with high-quality digital photo equipment and optimal lighting environment (usually suitable daylight in the outdoor studio in Sardinia or exhibition rooms). Up to 10 final images with different settings for the digital manufacturing process of Hector Adalid are photographed per motifs.
After that, the best recordings are evaluated by the artists and released for the test production (Artist Proof/AP). The standard versions are digital prints on DIBOND (this is the brand name of brushed aluminum composite sheeting. Other common names include Dilite, Dibond Digital and Raybond. Lightweight and rigid, this cut plastic material consists of a flexible polyethylene core covered with a thin aluminum sheet on each side and is finished with a high-quality lacquer that guarantees perfect printing).

In the last stage the artists and the curators define the specifications of the final art object. These specifications are the ideal dimension, black/white or color representation, design of the framing etc.
The artists recommend objects under acrylic, which is processed in a sandwich process (so-called museum quality). The Metacycling Photo Art objects are autographed with the circulation (from lists 1 to 20/1). 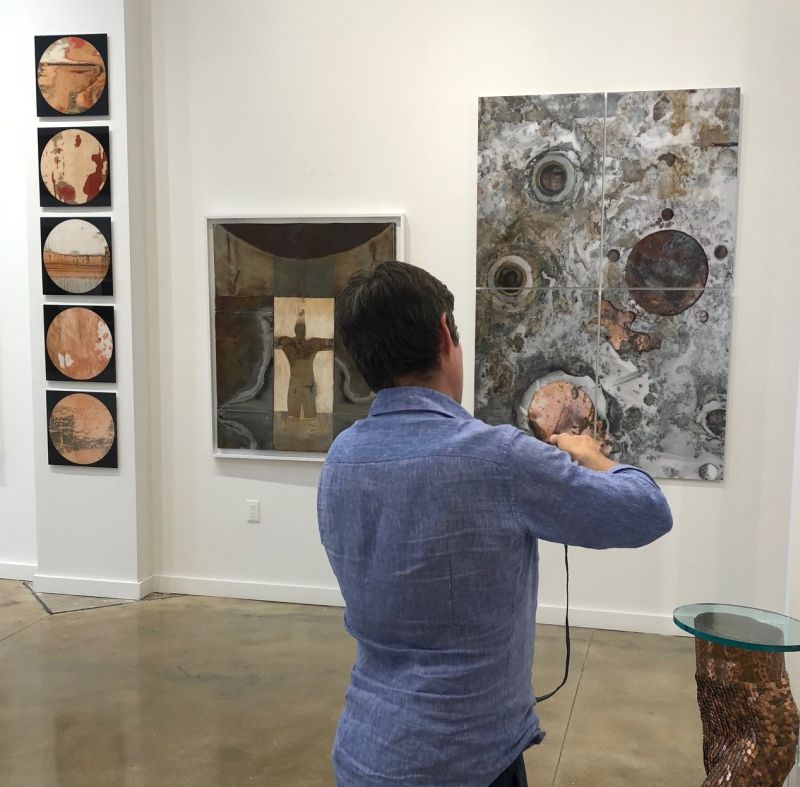 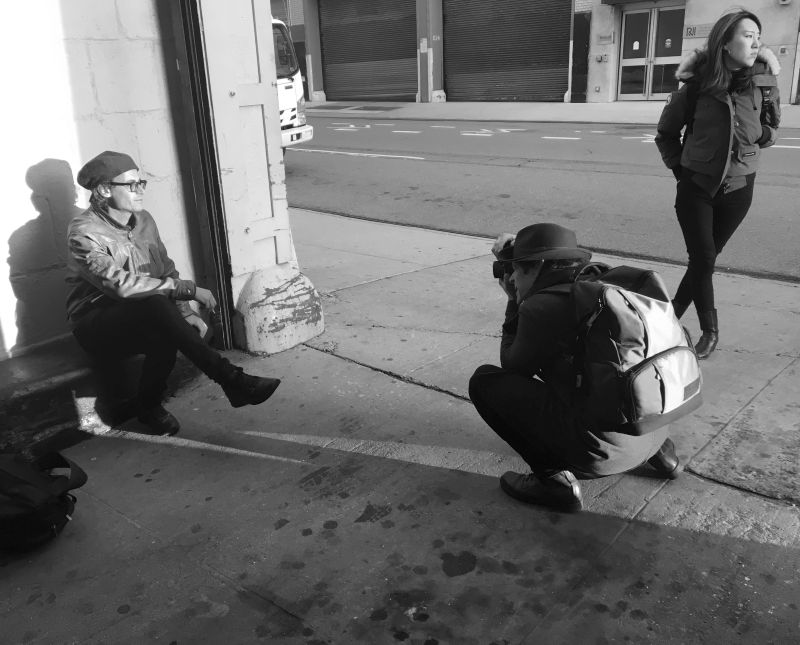 What makes Metacycling Photo Art so special is the uniqueness of each object. The inspiring collaboration between two artists makes the universes of matter and aged materials visible through macro photography. Colors and structures of the Photo Art objects by Hector and Stefano are as diverse and varied as nature and its microworld itself. Each work of art tells its own unique story about the formation of a tree from a seed, the exploitation of boards and planks, the creation of a ship and its existence until it is scrapped in a scrapyard. There, Stefano’s finds are discovered and developed into a metacycling art object that Hector documents with highly professional digital photo equipment and a strong magnification into a unique art object.

This website uses cookies to improve your experience while you navigate through the website. Out of these, the cookies that are categorized as necessary are stored on your browser as they are essential for the working of basic functionalities of the website. We also use third-party cookies that help us analyze and understand how you use this website. These cookies will be stored in your browser only with your consent. You also have the option to opt-out of these cookies. But opting out of some of these cookies may affect your browsing experience.